3 Trips worth of Photos and vids on the Rivah

This past week I have been luck enough to get out 3 times to fish.  Thanks to my beautiful wife for not giving me a huge honey-do list during the weekdays im off.  So the first trip I took I set off early.  Made to the launch at 730 and was on the water by 8.  I worked a few spots that had produced previously.  Nothing came through for me until later in the morning.  My friend Adam pulled a few corn-cob trout up trolling along the bank but nothing too big.  Once to tide got moving and their was a little current I started picking off the bigger fish.  Moved around to a few different spots and tried a few different lures.  The hit lure for me that day was the Chartreuse Bayou Thumper.  Ended up with a stringer full of fish.  Kept 1 and gave a few away to some people.  It was a short trip but it produced pretty good.  17 17 18.5 19 and 22.5 were the totals for the day. 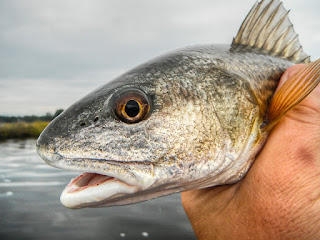 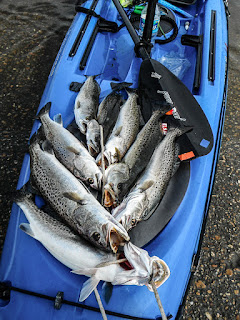 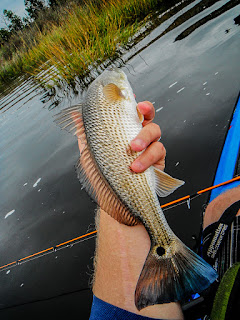 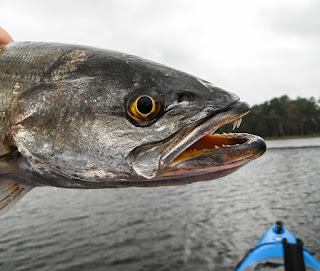 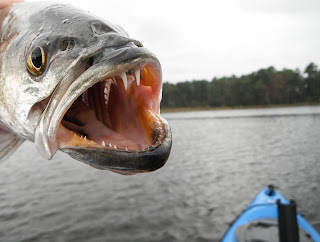 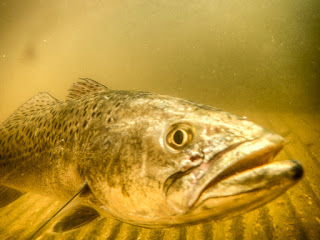 Short vid from the trip.

Monday came around and I was ready to hit it again.  The tide was high and I had just picked up a new batch of tags from VMRC.  Trying to get out and tag 300 fish this year.  Just under 100 fish to get and the way the trout have been biting I was sure I could put a dent in that today.  Got out on the water and the tide coming in.  The water level was pretty high and lots of bait was pushed into the grass.  I went to a new spot that I had fished briefly during my last trip and gave it a shot.  It was non stop puppy drum for the next few hours.  A few nice 16"ers with some shoulders that were a blast on light tackle.  A few times I was able to sight cast to these fish back in this creek and watch them hit.  Fishing like that is always fun and I stuck around for a while catching these fish and giving them a little state sponsored jewelry. 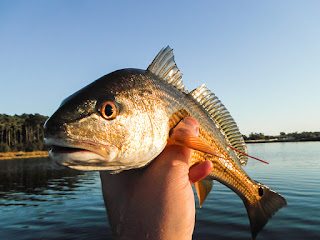 15" Puppy Drum with VMRC tag placed by me.

One of the coolest thing I saw that day on the water was a red tailing through the grass feeding on some little crabs.  I wish I had swung the GoPro around and got it on film.  It was cool to see all these fish really active and eager to eat.  Made a little vid compilation of a few of my hookups from that day.

Finished the day off with a total of 10 fish.  9 Drum and 1 small speck.  Everybody was tagged and released. It was a beautiful day out there and the pictures speak for them selves. 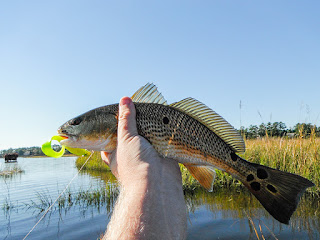 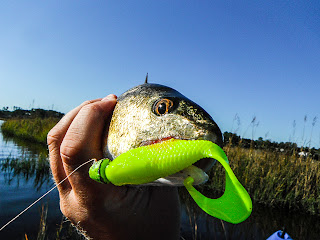 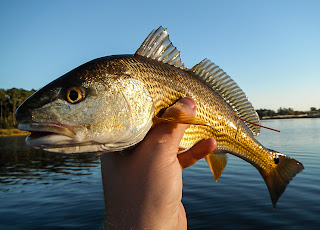 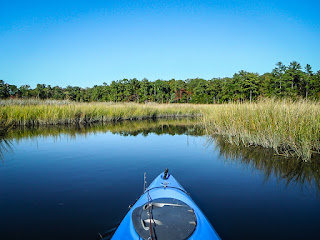 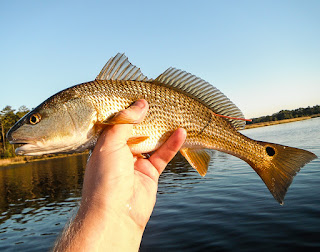 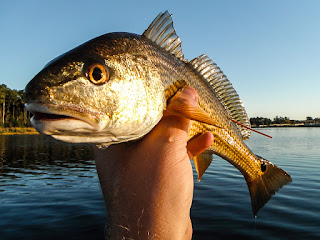 Today was a trip thrown together to with some of the newest additions to the plastic navy.  A few guys I work with at the fire dept got into the whole kayak thing after hearing me go on and on about it.  Gregg Rob and Rob's nephew Ben from DC came out today.  I was really hoping to put them all on some fish.  Tide was real low all day and didn't really start moving until we were coming home.  We all caught fish and once again like the 3 previous times green was the color to have.  Pups and specks were caught today.  Everybody caught something.  It was a picture perfect day out there and I even got a little sunburned   I really don't mind that because its almost November.  A few 17 inch specks were pulled out by Rob and Ben.  Ben actually had a few throw backs.  I managed 5 Puppy Drum today and Gregg got him self a few pups as well.  This was Gregg's second time out and his first fish caught from his kayak/  Another person that I have sold on Wilderness boats.  3 in total so far.  2 Rides and a Tarpon 120.  So today wrapped up and Im still in search of my speckled paperfish.  Im sure they are out there and came pretty close earlier in the week.  Just gotta keep on keepin on.  Might be taking a few days off from the fishing scene with a impending Nor'acane bearing down somewhere on the East Coast.  I hope to get out again soon and continue to catch some fish.. 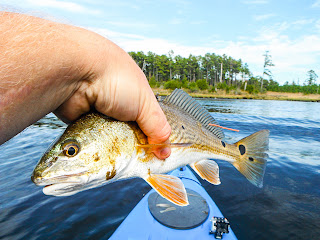 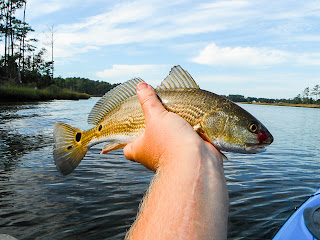 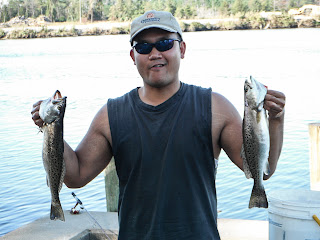 Ben with his keepers 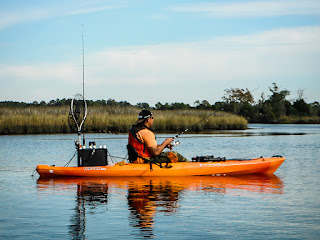 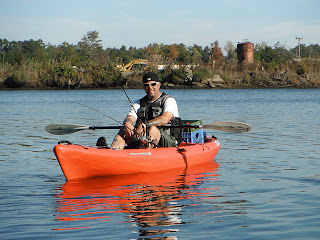