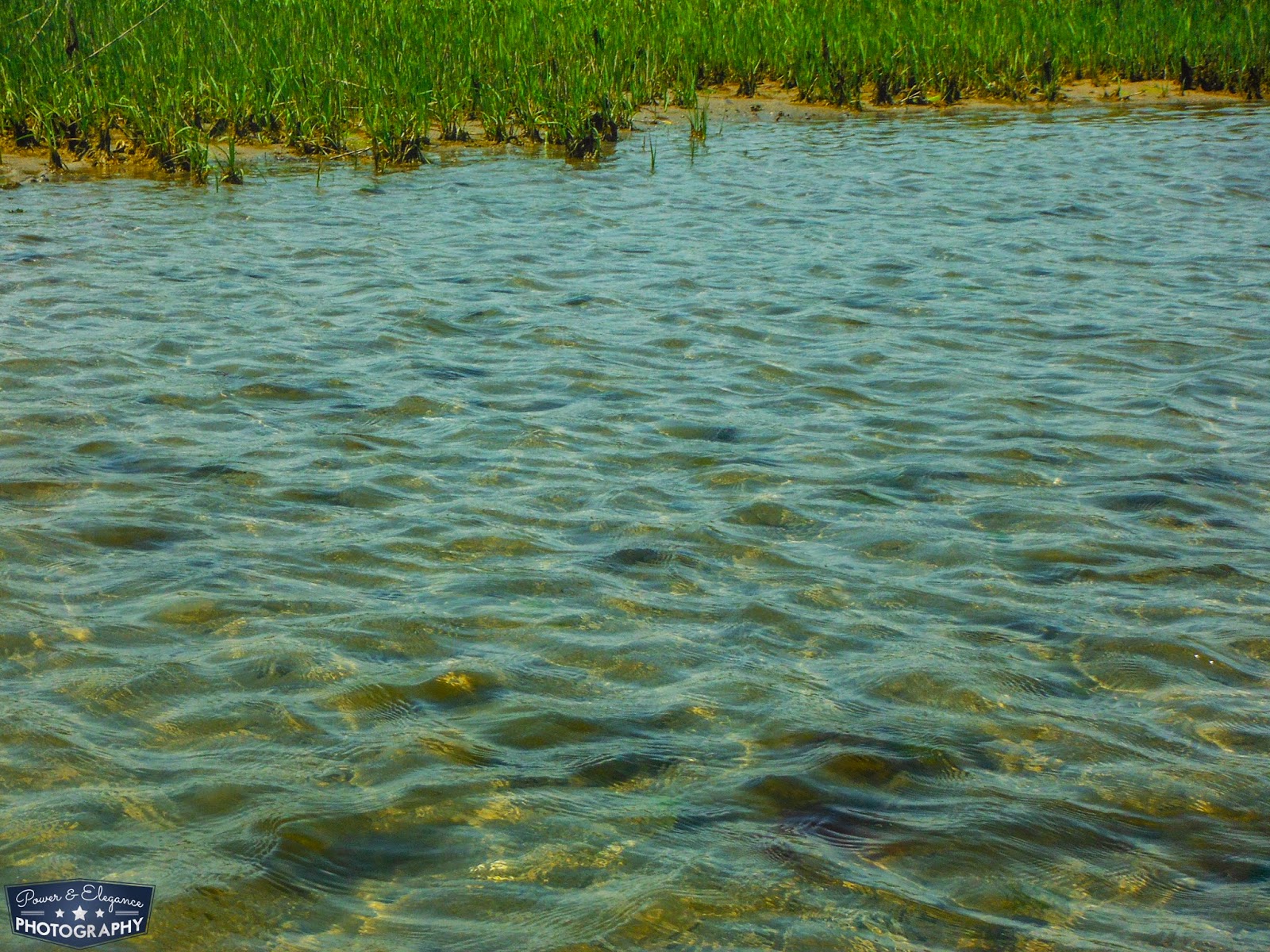 Having this past week off I was pretty excited to knock some stuff out around the house and actually get a chance to relax.   A couple days worth of photo shoots with Christian from Warbird Pin-Up Girls for their 2015 calendar.  The back half of the week was wide open for some fishing and I took full advantage of it.  I went to Rudee twice and managed the normal redfish and bluefish.  The second day there I saw schools of reds, blues and huge cobb mullet swimming around.  Nothing would bite.   It didn't matter what you threw at them.  They were lockjawed.  I was able to troll up some bluefish on the way back to the launch. 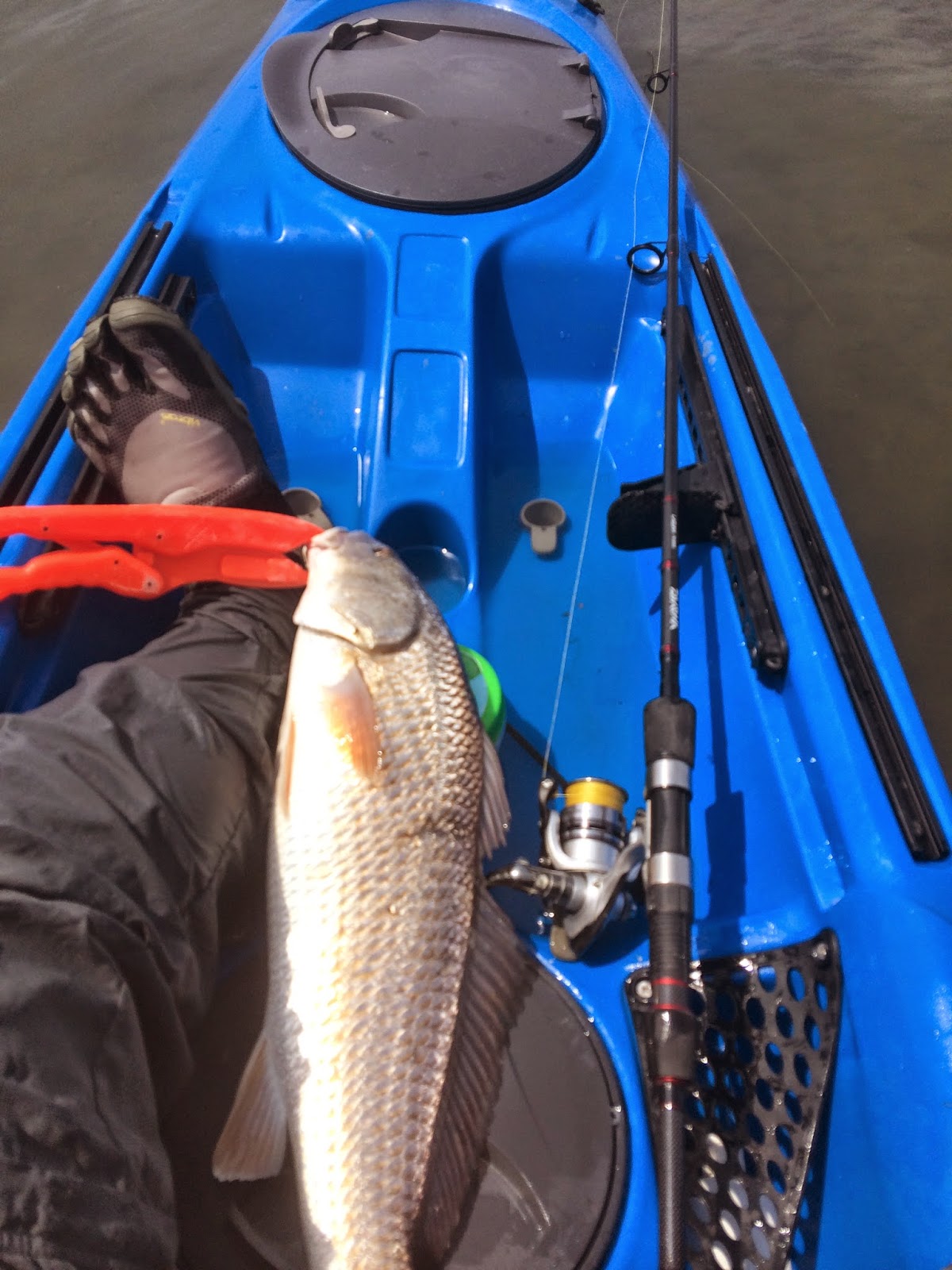 Friday I had decided to hit the Eastern Shore looking for the big red drum.  I took my friend Kevin from teh fire dept with me.  We came up with a plan of attack for our day and headed out.  We were met with a tide that was always against us and a sturdy wind in our face on the paddle out.  We settled in on our routine for the day and made our run to find the reds.  Miles and miles of paddling turned up no reward.  We fought some hefty currents and solid winds all the way through the tide change.  The south to southwest wind that was forecasted for the day had just switched to east northeast.  The temp dropped around 15-20 degrees with the switch and the calm waters were now pretty choppy.  We decided to stick around and find some skinny water to fish.  The lowtide and sun had warmed alot of the nearshore areas up a bit. We found something that looked fishing and pull a few flounder up. 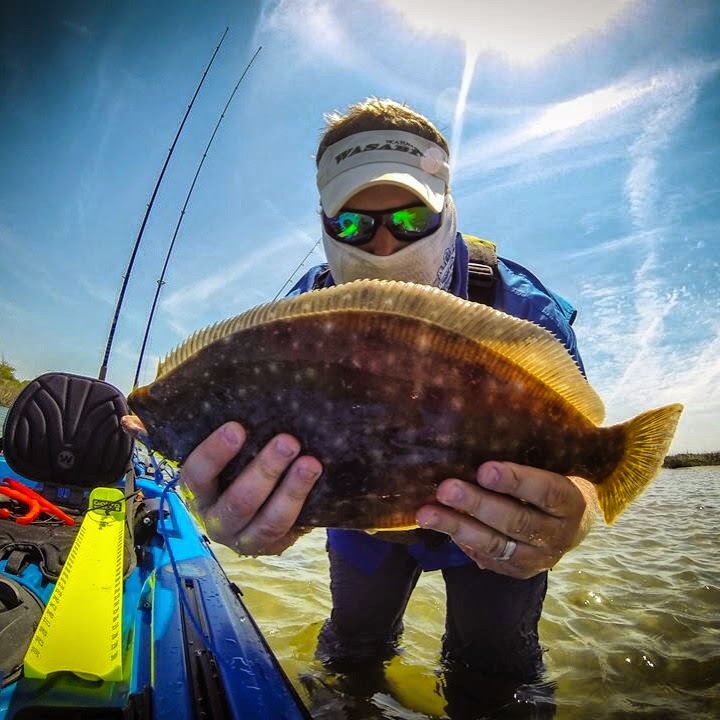 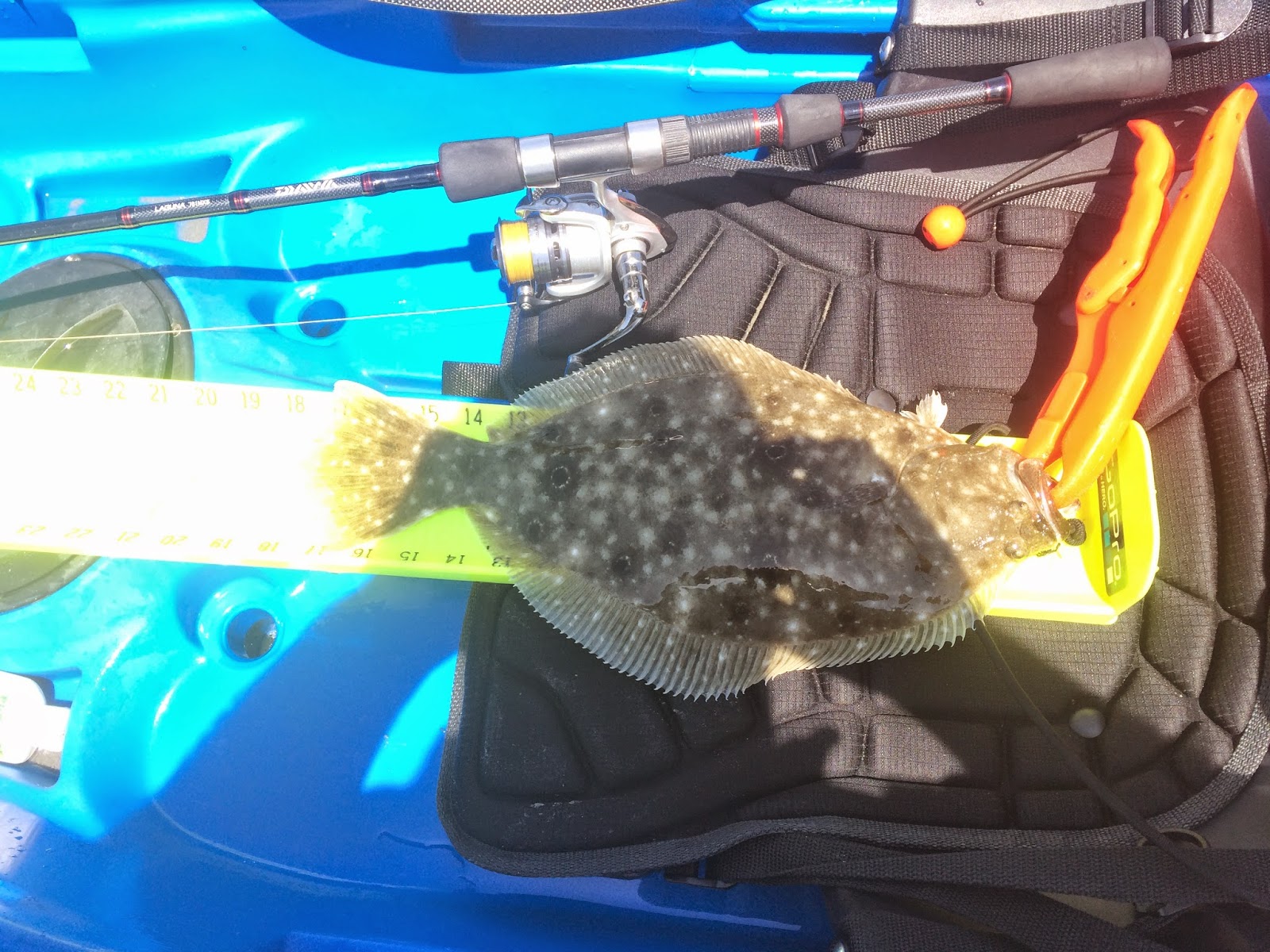 The only reason I saw this fish was because it jump out of the water in front of me as it was chasing bait.  Threw a grub at it and hooked up.  I decided to keep it and bring it home for dinner.  I released a few more throughout the day.  Every time I go out there I am reminded about the beauty of the area and how much life is really out there.  Thankful no sharks decided to pay me a visit this time around (Circled by Bull Shark).  There are so many variable to consider out there on the ESVA.  When you head out to that area you aren't just somewhere you can flag down help.  Unlike Rudee or even Lynnhaven where you can travel to shore and get help if needed,  You are far away from civilization.  The bugs can be absolutely horrendous at times. 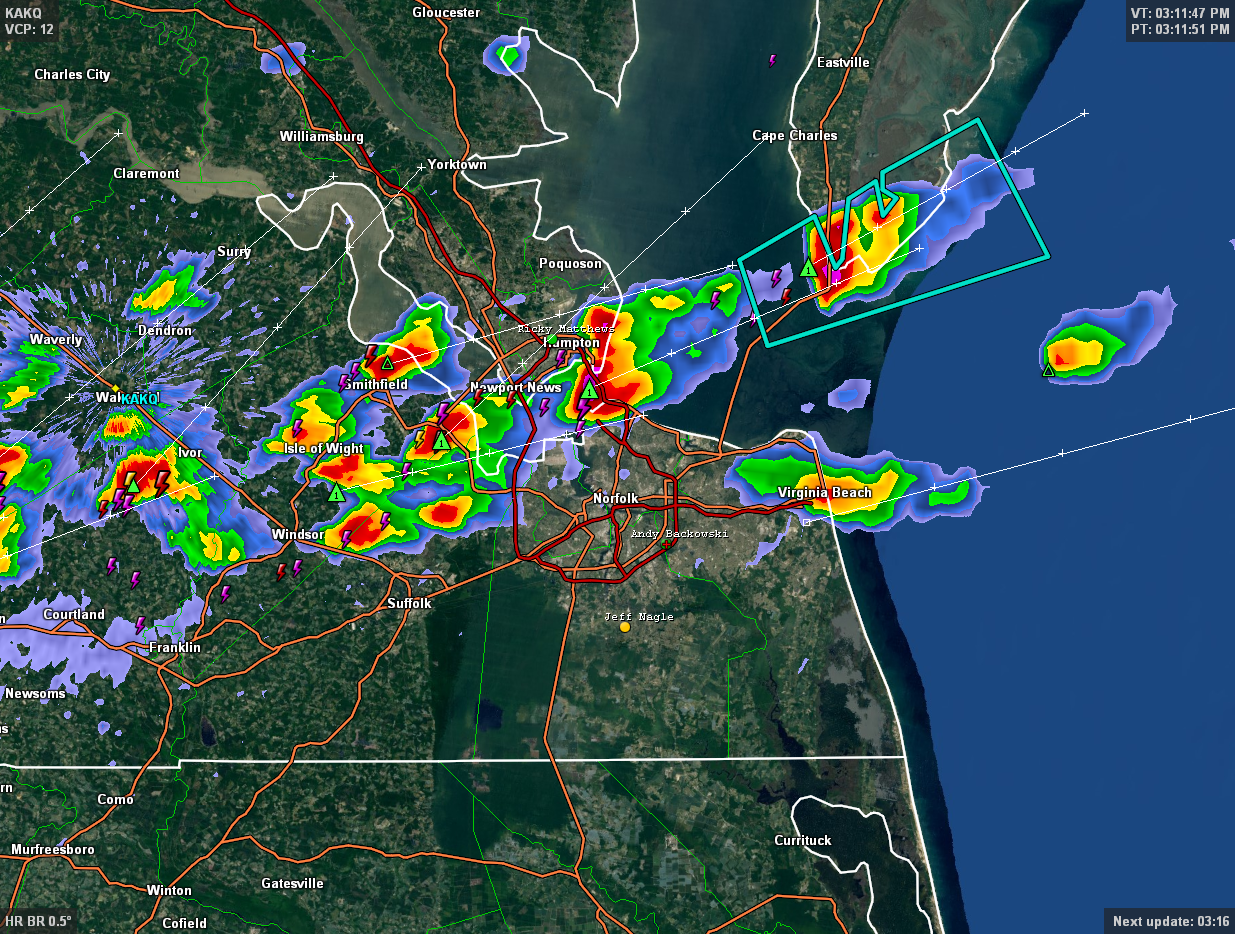 The weather can also be a tricky thing to predict.  These storms popped up today in a matter of 15min and were producing winds from 30-40 knots out on the water.   There isn't many spots you can get to and back in 15min out there.  As far as cover goes there really is none.  If you have ever seen Kayak Kevin's videos of him out there on the beaches of the ESVA trying the shelter himself in storms...its kinda like that.   That is by far my biggest fear out there on the water.  I see people posting on TKAA about how they are new to the sport and are eager to get into big drum or some sharks from their kayak.  It always makes me feel a bit uneasy because often times handling a mid sized fish on a calm day can be a task.  Take the time and ask yourself am I really ready to put myself into that position?  Did I file a float plan before I set out today?  First aid kit available?  Even self rescue skills which every kayaker should know how to do.  At some point you will fall in the water and will you be able to keep calm and get back into your kayak?.  All I ask is for people to be smart.  Learn the craft of kayaking before you get in over your head.  I in know way consider myself to be an old salt in this sport but have worked to become knowledgeable in what do to when it hits the fan.  No fish is worth your life.  There have been alot of kayak incidents in the news this year allready and I would hate for that to happen to anyone in our area. 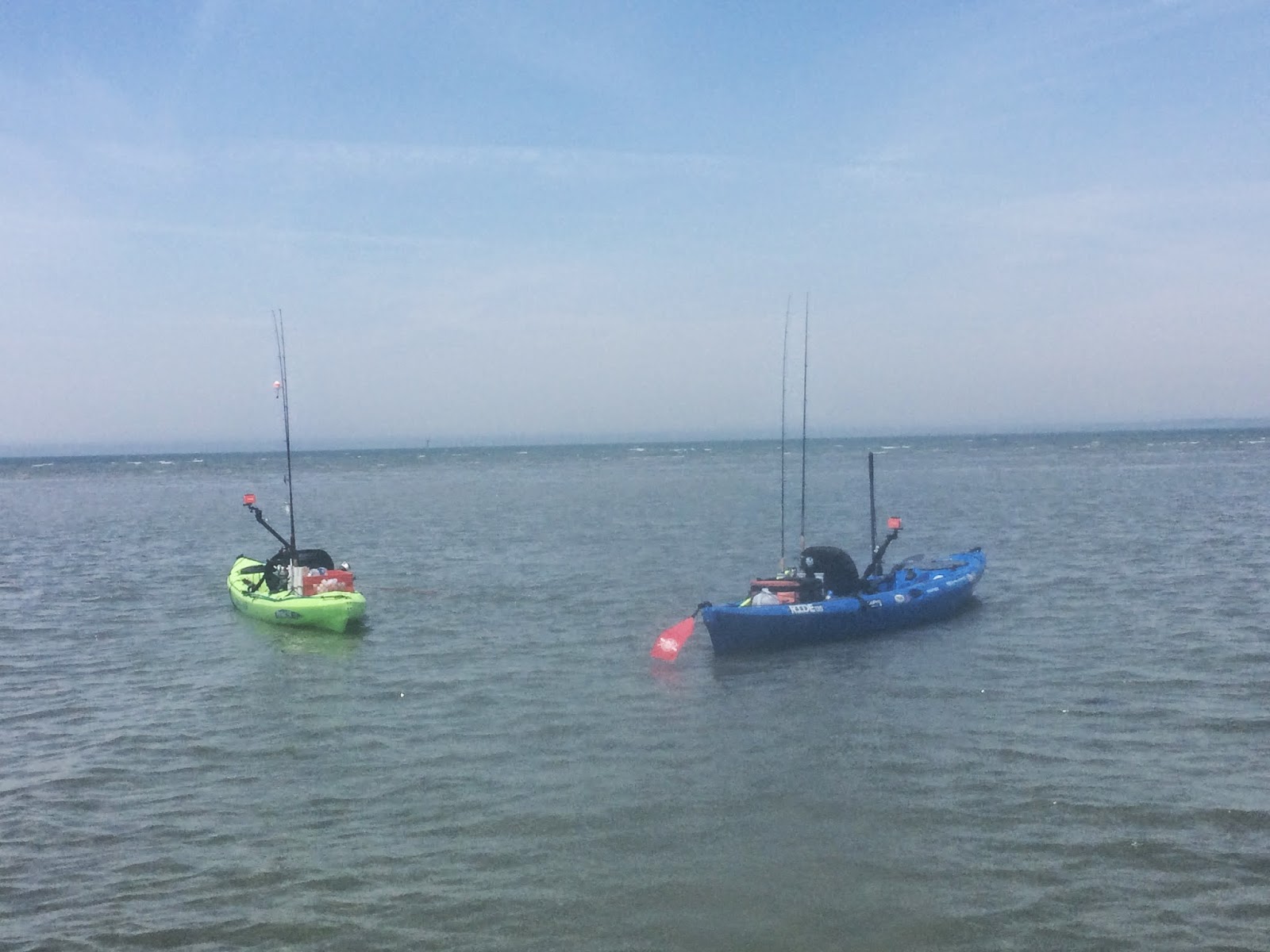